Here, Ministers Dorn and Sinemus wanted to convince themselves of the digital contents and teaching methods at TU Darmstadt. To this end, Prof. Rüppel and Mr. Eller, among others, presented the relevant developments at the IIB: They showed the possibilities in the Darmstadt Civil, Environmental and Safety Engineering Lab (DACES, video on the IIB YouTube channel) in the context of Digital Reality such as Virtual Reality and Augmented Reality. Through a high degree of immersion and the feeling of presence, students should be able to participate in the applications as real as possible, even using specifically developed hardware such as a VR glove.

Furthermore, Prof. Rüppel and Mr. Eller showcased the “VR4Teach” project during a live demonstration, allowing the two ministers to immerse themselves in a real-life fire event. The idea of making virtual reality available to students and thus making digital models a real experience was as such visualized and enthusiastically received by Mrs. Dorn and Mrs. Sinemus.

Even the television teams could not take their eyes off so much action in politics and so the immersion of the ministers was filmed directly and supported by videos from our YouTube channel. With the help of the hardware shown, an insight into our possibilities at DACES and the IIB's own hardware developments was provided. We were thus able to show how the digital transformation in research and teaching at the IIB leads to innovative applications and makes it possible, for example in the area of digital teaching shown here, to implement and present complex content in a realistic yet approachable way. 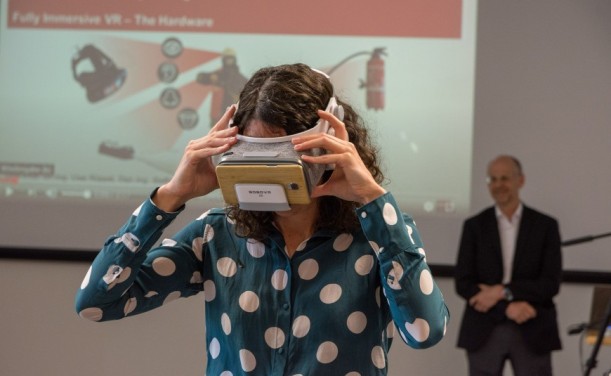 Hesse's Minister of Science Angela Dorn with one of IIB's VR glasses while testing VR4Teach, in the background Prof. Rüppel (Image: Patrick Bal [3]) 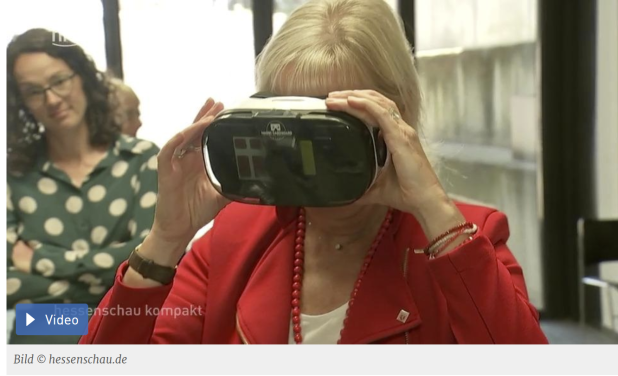 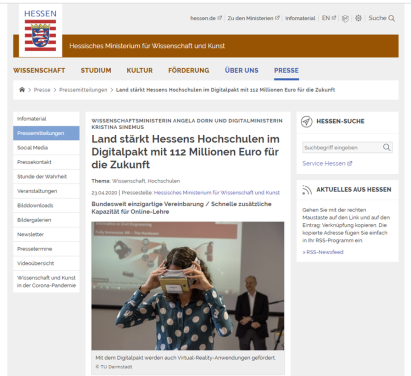 Press release on the website of the Hessen State Ministry for Higher Education, Research and the Arts [1]